Man Utd beat Chelsea, and draw Wolves in the quarter-finals of the FA Cup as the favourites Man City draw Swansea. 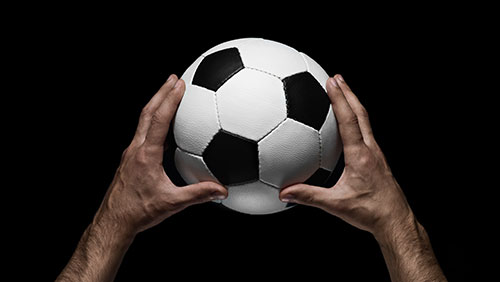 As a Manchester United fan, I’ve been as fortunate as a billionaire’s son on Christmas morning with the magnificence of the Sir Alex Ferguson era making every Man Utd game a scintillating spectacle.

If I were to handpick one of those three to wear the pencil-thin Satan red tie that hung around Ferguson’s neck, I would have picked Mourinho hands down. Today, he would be the last one to remove his back from the gym wall.

Moyes made a mess.

Mourinho implanted a terminal illness that would have driven the club to the mortuary had it not been the inspired decision to sack him and bring in Ole Gunnar Solskjaer in an interim capacity back in December.

Paul Pogba and Ander Herrera were two players that Mourinho felt comfortable leaving on the bench. In the 12-games since Solskjaer has been in charge Herrera has become ‘undroppable’ and Pogba has turned into the world-class performer we saw during the World Cup in Russia.

“There is no better player than Pogba in the Premiership, right now,” said Phil Neville in the wake of United’s FA Cup win over Chelsea.

Stamford Bridge is not a happy stomping ground for United, but on Monday night it felt like a home game as the United faithful left their prawn sandwiches in the fridge, giving them the room to empty their lungs for 90-minutes.

It was a crunch tie for Solksjaer after a pretty abysmal performance against Paris St German, and his boys didn’t let him down. With 30-minutes shown on the clock, Paul Pogba turned up on the left, delivered a few trippy looking leg feints before planting a pinpoint cross onto the head of Hererra to score from close range.

Then just on the stroke of half time, Pogba sent Marcus Rashford sprinting down the right flank, and off he went. The Frenchman tore into the middle of the Chelsea penalty box and dived to get onto the end of Rashford’s cross to put United 2-0 ahead. It’s the 16th goal that Pogba has been involved with since Solskjaer returned to the club, and only Son Heung-min (17) has had a head and a foot in more.

United began the match without the injured Jesse Lingard and Anthony Martial, but the Red Devils still looked capable of scoring at will. Marcus Rashford was too fast. Romelu Lukaku was too strong. And in Pogba, Herrera, Juan Mata and Nemanja Matic, they had a dazzling array of deliveries.

Chelsea headed down the half time tunnel with a chorus of boos raining down from the stands. The fans wanted something different. A new cast. A new director. Something worth watching. Anything, but this.

What they got was a confused and clueless bunch who couldn’t penetrate a defensive line that didn’t exist during the Mourinho era.

Chelsea didn’t have a single shot on target.

United didn’t let them through.

As the match ebbed away, Chelsea fans left in their droves, frustrated with Maurizio Sarri’s brand of football, and his refusal to change tactics, epitomised by his defiant stance not to bring on the exciting Callum Hudson-Odoi, preferring instead to replace his full-back.

United have now won 11 of 13 games under Solskjaer, and while they will struggle to avoid an exit from the Champions League, the bookies have made them the second-favourite to lift the FA Cup behind Man City after drawing Wolves in the quarter-final.

Next up, Liverpool in the league on Sunday.

The Blues face Man City in the Carabao Cup on the weekend and Sarri’s nonplussed despite losing five of his last ten games in all competitions. When asked if he felt the pressure, Sarri responded: “I was really worried when I was in League Two in Italy, not now.”